Here are a few lucky words that have been preserved in common English expressions. 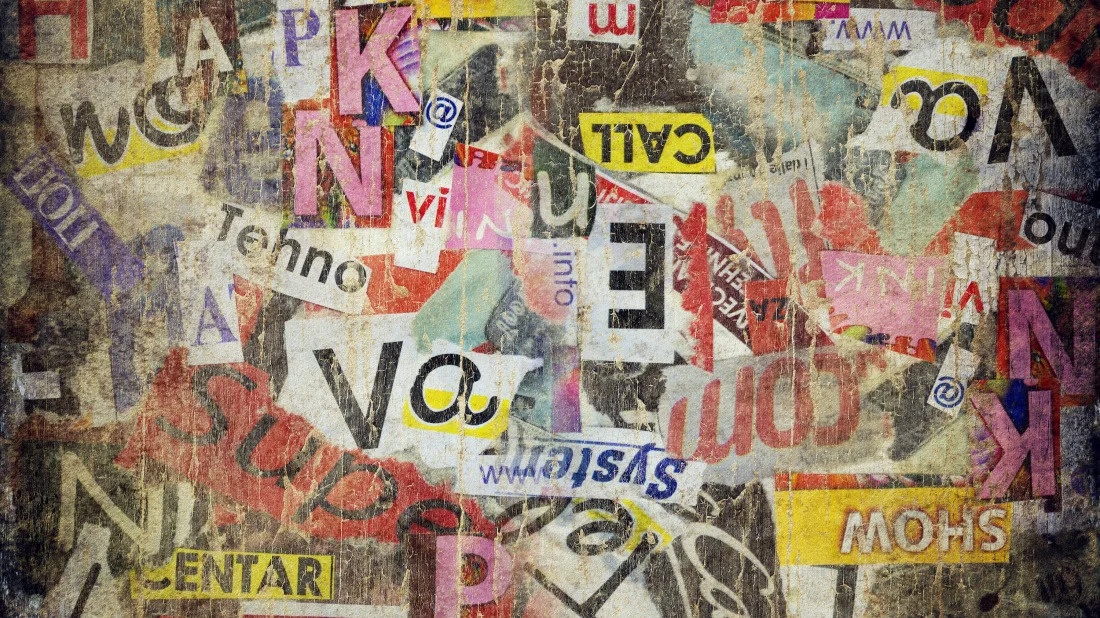 English has changed a lot in the last several hundred years, and there are many words once used that we would no longer recognize today. For whatever reason, we started pronouncing them differently, or stopped using them entirely, and they became obsolete. There are some old words, however, that are nearly obsolete, but we still recognize them because they were lucky enough to get stuck in set phrases that have lasted across the centuries. Here are 12 words that survived by getting fossilized in idioms.

You rarely see a wend without a way. You can wend your way through a crowd or down a hill, but no one wends to bed or to school. However, there was a time when English speakers would wend to all kinds of places. Wend was just another word for go in Old English. The past tense of wend was went and the past tense of go was gaed. People used both until the 15th century, when go became the preferred verb, except in the past tense where went hung on, leaving us with an outrageously irregular verb.

The desert from the phrase “just deserts” is not the dry and sandy kind, nor the sweet post-dinner kind. It comes from an Old French word for deserve, and it was used in English from the 13th century to mean “that which is deserved.” When you get your just deserts, you get your due. In some cases, that may mean you also get dessert, a word that comes from a later French borrowing.

If we see eke at all these days, it’s when we “eke out” a living, but it comes from an old verb meaning to add, supplement, or grow. It’s the same word that gave us eke-name for “additional name,” which later, through misanalysis of “an eke-name” became nickname.

“Sleight of hand” is one tricky phrase. Sleight is often miswritten as slight and for good reason. Not only does the expression convey an image of light, nimble fingers, which fits well with the smallness implied by slight, but an alternate expression for the concept is legerdemain, from the French léger de main,” literally, “light of hand.” Sleight comes from a different source, a Middle English word meaning “cunning” or “trickery.” It’s a wily little word that lives up to its name.

Dint comes from the oldest of Old English, where it originally referred to a blow struck with a sword or other weapon. It came to stand for the whole idea of subduing by force, and is now fossilized in our expression “by dint of X” where X can stand for your charisma, hard work, smarts, or anything you can use to accomplish something else.

Nowadays we see this word in the expression “to run/ride roughshod” over somebody or something, meaning to tyrannize or treat harshly. It came about as a way to describe the 17th century version of snow tires. A “rough-shod” horse had its shoes attached with protruding nail heads in order to get a better grip on slippery roads. It was great for keeping the horse on its feet, but not so great for anyone the horse might step on.

The fro in “to and fro” is a fossilized remnant of a Northern English or Scottish way of pronouncing from. It was also part of other expressions that didn’t stick around, like “fro and till,” “to do fro” (to remove), and “of or fro” (for or against).

The hue of “hue and cry,” the expression for the noisy clamor of a crowd, is not the same hue as the term we use for color. The color one comes from the Old English word híew, for “appearance.” This hue comes from the Old French hu or heu, which was basically an onomatopoeia, like hoot.

The kith part of “kith and kin” came from an Old English word referring to knowledge or acquaintance. It also stood for native land or country, the place you were most familiar with. The expression “kith and kin” originally meant your country and your family, but later came to have the wider sense of friends and family.

When you leave someone “in the lurch,” you leave them in a jam, in a difficult position. But while getting left in the lurch may leave you staggering around and feeling off-balance, the lurch in this expression has a different origin than the staggery one. The balance-related lurch comes from nautical vocabulary, while the lurch you get left in comes from an old French backgammon-style game called lourche. Lurch became a general term for the situation of beating your opponent by a huge score. By extension, it came to stand for the state of getting the better of someone or cheating them.

Umbrage comes from the Old French ombrage (shade, shadow), and it was once used to talk about actual shade from the sun. It took on various figurative meanings having to do with doubt and suspicion or the giving and taking of offense. To give umbrage was to offend someone, to “throw shade.” However, these days when we see the term umbrage at all, it is more likely to be because someone is taking, rather than giving it.

We might not know what a shrift is anymore, but we know we don’t want to get a short one. Shrift was a word for a confession, something it seems we might want to keep short, or a penance imposed by a priest, something we would definitely want to keep short. But the phrase “short shrift” came from the practice of allowing a little time for the condemned to make a confession before being executed. So in that context, shorter was not better.