The only way to save journalism is to make readers direct participants in making, and paying for, the media. 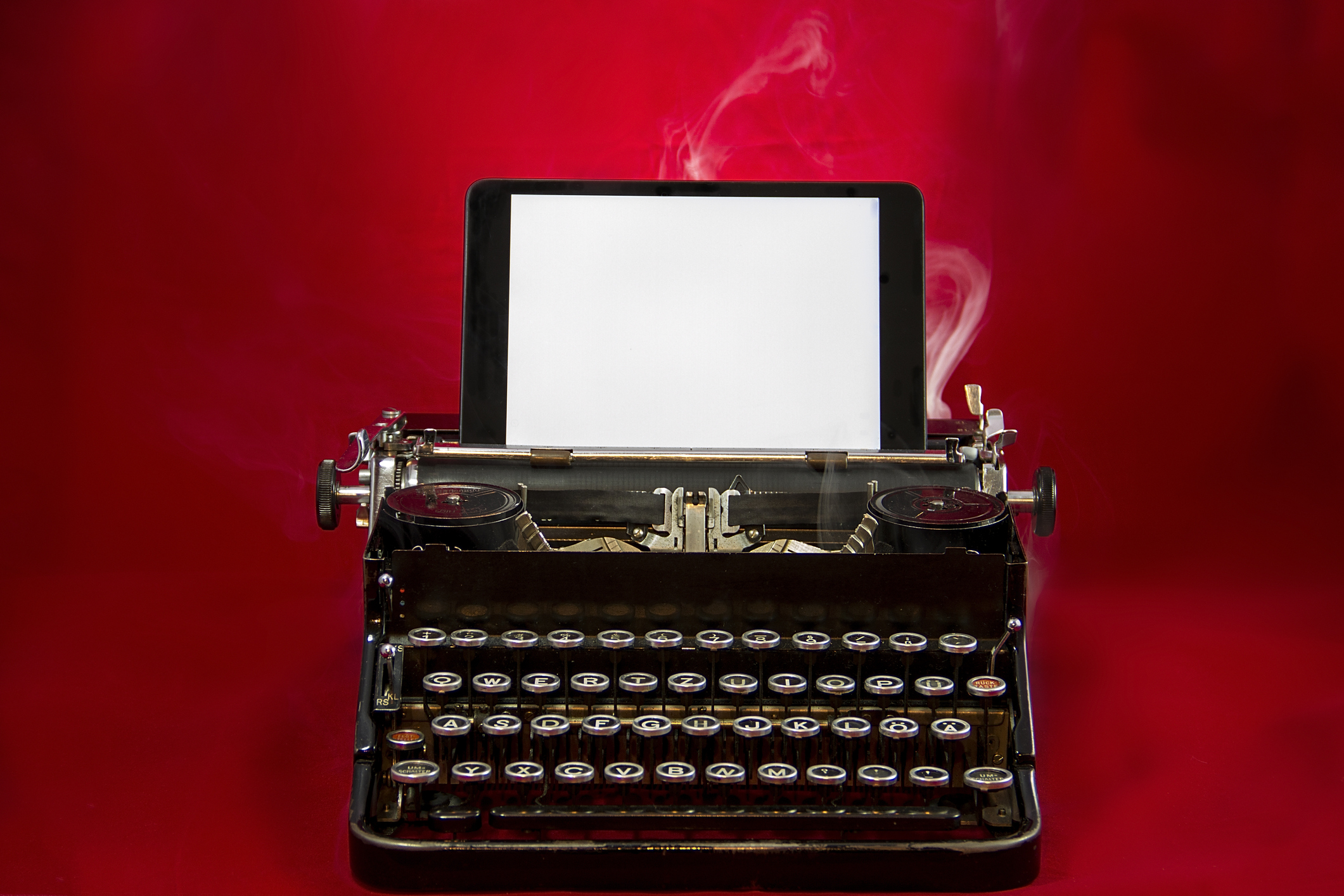 When pollsters ask Americans whether they trust the news they read, listen to, and watch, the answer is increasingly negative. This sentiment is in fact now common all over the world. Growing rates of global internet access have made countless sources of information readily available but with few checks and balances and widely varying levels of credibility. Unprecedented access to all kinds of media has not only increased competition among news providers, but it has also led to the extreme proliferation of low-quality yet plausible-looking sources of information—making it easier for political players to manipulate public opinion and to do so while denigrating established news brands.

The world’s new, digital, and highly competitive media environment has created fundamental problems in the business models that journalism relies on. Print products are in terminal decline; television audiences are plummeting. Advertising around news is no longer attractive when internet giants like Google, Facebook, and Amazon offer far more effective ways to target consumers. These new financial realities have led many news organizations to adopt problematic techniques for survival: prioritizing quantity over quality and running so-called clickbait headlines. Each of these developments, combined with a lack of transparency within news organizations and the increased use of unfiltered social media platforms as news sources, contributes to a further drop in trust in the media.

The decline of news organizations may seem unstoppable. But while the internet has permanently disrupted traditional media, it also presents several ways to fix it. Social media can bring local communities back into journalism, boosting transparency, accountability, accuracy, and quality. Harnessing the reach of the internet can help neutralize bias in the news industry and fix problems relating to a lack of representation and diversity. Information providers can achieve these advances in a financially viable way—by making readers direct participants and stakeholders. To do all this, however, journalism must adapt to the era of connectivity and information.

Social media users can today access information with a few taps on a smartphone, but in many cases, they either lack the skills or the time to properly assess the reliability of that information.

Emerging platforms have enabled mere news enthusiasts—and propagandists—to compete with professional journalists on an equal footing. On these platforms, what makes a news report successful is its level of virality: The articles and videos that are most popular are the ones that attract the most immediate and radical emotional reactions, even if they contain factual errors. Current advertising-only business models rely on this fact for survival, prioritizing content that is addictive and shareable rather than reliable and important.

For all their flaws, however, social media platforms contain important solutions to declining levels of trust in the news industry. Emerging media have dramatically expanded the global audience of news consumers, and information providers should see that reach not as a problem but as an opportunity. The global online community, if properly harnessed, can increase accountability in news organizations by identifying biases and improving neutrality in reporting: Having the oversight of countless diverse online users can be beneficial.

Transparency is the bedrock of restoring public trust in the media; eliciting greater involvement among consumers will naturally lead to an increased demand for media transparency in sources of funding, involvement of advertisers, and political pressure.

Beyond a supervisory role, an important step would be to regard the online community as an active participant in the process of producing news. Given the chance, internet users can carve out a crucial role in assembling and curating accurate information. The key is to view social media users as a huge community of fact-checkers and news producers, instead of passive recipients of unreliable news.

The theory of turning readers into active resources is not merely hypothetical—it is a concept we adopted in 2017 when we founded WikiTribune as a news platform supported by professional journalists but controlled by an online community. Devoid of any traditional hierarchy, the organization encourages the highest levels of neutrality and transparency. WikiTribune’s volunteers and professional journalists will share the same editing rights: Each one of them can initiate or edit any article on the platform. Moderators emerge naturally from within the community.

Making readers active participants in the production of news can also help organizations save money. Fact-checking and editing, for example, can be delegated to communities of volunteers using the vast database of the internet. Traditional news editors may find this notion difficult to accept, but the concept comes naturally to people who have grown up using the internet. Passive consumption is no longer the dominant feature in news; we are all creators of content, and we should all get a chance to participate in how information is disseminated.

The wiki model—defined as any website that allows collaborative editing—also provides an effective solution to bias in reporting. If everyone has equal power, no one can control a narrative. Bias often comes from hierarchical news models in which senior editors can mold the news to fit their views—or those of their publishers or financial backers. Collaborative editing platforms allow and encourage an open discussion on every article by a variety of participants from different backgrounds. Any disputes over opposing narratives are constructively resolved by the community, avoiding the problems in traditional journalism.

A community-driven news product doesn’t have to be restricted to English. Most new internet users read Hindi, Bengali, Arabic, or Chinese; Wikipedia, for example, allows users of any language to document their news and events on its online encyclopedia, and it does so despite local government restrictions on journalism, leading a global battle against censorship.

To be sure, collaborative models are not without their problems. It can be a struggle to create a thoughtful and varied community dedicated to the goal of producing high-quality news. Bad actors such as online trolls and politically motivated participants are threats requiring clear systems of identification, moderation, and removal. Constant efforts must be made to include as much variety of culture, religion, race, gender, sexual orientation, geography, and political inclination to prevent biases. Creating standards and practices can take time, but the success of the worldwide Wikipedia community, which has faced similar challenges, proves that community models can provide an effective public good—with a high level of trust and engagement.

The first priority of any news outlet must be the quality and credibility of its journalistic work. Those that depend on advertising-only business models may find it hard to sustain this priority: Eventually, a push for more traffic, and therefore revenue, will conflict with the mission for high-quality and reliable journalism.

WikiTribune launched with a business model driven by voluntary subscriptions to avoid the need for advertising revenue and steer clear of shady corporate interests. Users who find its content meaningful and important are welcome to support the project with a one-time contribution or a monthly subscription. A successful fundraising campaign revealed a public thirst for new models of journalism. (WikiTribune’s model limits professional journalists to a supportive role in shaping the news—not a leading one. A volunteer community essentially takes the role of the editor, using the professional experience of the journalists to complete gaps in their news coverage.)

Wikipedia, again, is fully supported by millions of users who appreciate the added value that the online encyclopedia brings to their lives every day. Public support comes in the form of not just money but also the time spent by volunteers contributing content and fixing errors.

Some traditional media are actively moving away from strategies dependent on online traffic and advertising. In the United Kingdom, for example, the Guardian has made a successful transition to a business model based on financial contributions from readers. In 2016, after suffering tens of millions of dollars in losses, the Guardian appealed directly to its readers for support: Instead of calling for transactional subscriptions, it asked for patronage and participation. This humble, transparent strategy encouraged readers to support the Guardian for the greater cause of sustaining high-quality journalism, rather than merely treating their monthly contributions as a detached move to purchase content. By May 2019, the Guardian reported an annual operating profit of more than $1 million. And its success will likely be sustainable, since it now has more than 655,000 regular monthly supporters. The transition from a membership-driven business to one based on voluntary support echoes the Wikipedia model, where users choose to support a project not necessarily for the content that they personally use but for its greater benefit to the world.

The Dutch publication De Correspondent presents another successful example of journalism funded by readers. Launched in Amsterdam in 2013 after its founders raised $1.7 million from 19,000 supporters, De Correspondent sought to provide ethical journalism without relying on advertising, which appealed to people who wished to support a more transparent business model of news. Today, De Correspondent enjoys the support of more than 60,000 members—yet more evidence that there is in fact a public appetite to fund high-quality sources of information.

Not all news organizations may be able or willing to adopt a patronage model. However, the more models that successfully coexist, the higher the chances that journalism will remain independent. Subscription models—as opposed to voluntary contributions—tend to be better suited to financial or other niche publications, such as the Wall Street Journal or the Information, because they offer a more transactional service with access to time-sensitive business news. Those somewhat customized services are made available only to those who are willing to pay premium fees for a business advantage. General news services, however, are more widely available and as such do not lend themselves as clearly to transactional revenue models (unless they achieve the scale of a marquee newspaper like the New York Times).

A voluntary funding model can succeed because serious people value good journalism not for narrow reasons of personal advantage but for its impact on society as a valuable pillar of democracy.

Wiki-style editorial structures and financial models reliant on voluntary support are admittedly radical strategies, and not all news outlets will take the risk of adopting them. But even so, fundamental lessons can be adopted from WikiTribune to help restore the public’s trust in journalism. The most important of these is the need for transparency. The more readers feel like active participants in the process of journalism, the more they will trust the final product. And especially in smaller communities, if citizens participate in curating information, they will reduce the cost of production, thereby allowing struggling local media to survive.

Strong and independent journalism is at the heart of any healthy, functioning democracy. It is the gatekeeper against corruption and plays a vital role in communicating the facts that allow people to make informed decisions about their lives. Statements by politicians delegitimizing the media resonate with the public only if they are already in doubt of its validity. Quality journalism that involves the news community in the process of producing it creates a transparent operation that can gain the public’s trust. This kind of collaborative, responsive media has a greater likelihood of attracting the direct support of people who believe in the importance of sustaining it. To save itself, journalism now needs to go back to the people.

Jimmy Wales is the co-founder, CEO, and editor in chief of WikiTribune, as well as co-founder of Wikipedia. Twitter: @jimmy_wales.

Orit Kopel is the co-founder of WikiTribune and founder of Glass Voices. Twitter: @OritKopel.

#coffeeandbooks
#cheese
#payphoneography
#stpatricksday
#art is to console those who are broken by life.
Ask her what she #craved ...
Shopping ✔️
Favourite toy?
#selfcare
The book of my life.
#underpressure
Commencing pounce in 3... 2... 1...