The classic image of a writer is a hard-working, hard-drinking lone wolf who breaks big stories and rakes in a fortune. But while we don’t really expect every journalist to be Tom Wolfe or every author to be Ernest Hemingway, there’s still a huge gulf between reality and what most of us imagine professional writing to be like. 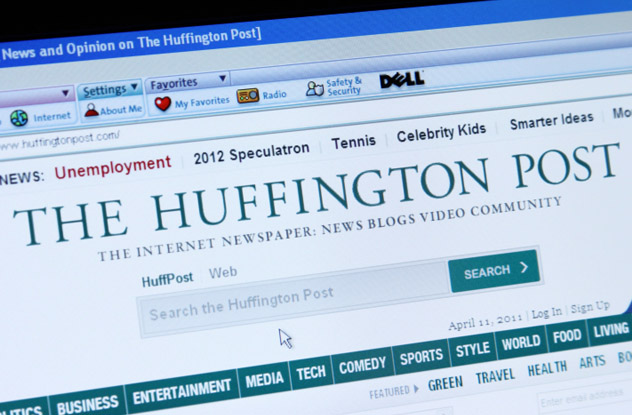 Ask almost any hopeful young journalist where they want to be in a few years’ time, and they’ll tell you something along the lines of: “In a respected newsroom, chasing big stories.” What they will never say is “trawling Buzzfeed and Upworthy, looking for any old nonsense we can spin into an article.” Yet that fate awaits a great many of them.

Since traditional papers are losing money, their online outfits are desperately looking for easy stories. They post whatever will bring in the clicks, which usually means grabbing existing popular content. The Daily Mail is a particularly bad offender, and one reporter quit its Australian division earlier in 2014, disillusioned by its practice of “churnalism.” Aggregators such as the Huffington Post operate almost exclusively by repurposing others’ content.

More traditional newsrooms have it almost as bad. For plenty of young writers, “reporting” means rewriting press releases at high speeds for very little money, which local news sites then buy and present as fact. On the plus side, at least your real name won’t appear on it.

Have you ever stumbled across an article with a title so obnoxious that you knew the author was a moron without having to read it? That moronic writer probably hates their title as much as you do, for the very good reason that they didn’t write it.

In newsrooms, the job of titling an article falls to the subeditors. Their job is to get as many people to click as possible by coming up with an arresting headline. At best, your work sits below a juicy title that attracts readers genuinely interested in your work. At worst, it sits below an actively misleading title that aims to attract readers by offending them.

For example, earlier in 2014, a writer for Pajiba.com wrote a piece entitled “Walter White, Jamie Lannister, and How We Morally Process Murder and Rape Differently.” The essay noted that rape elicits greater disapproval than other crimes in fiction, causing conflict in fans who wish to root for antiheroes. When Salon.com reprinted the story, they assigned it the headline “Why the ‘Game of Thrones’ rape scene caused fans to respond in the worst possible way.” This wrongly implied that the article criticized fans for reacting to rape (or for refusing to acknowledge it).

In 2009, the UK’s Daily Star newspaper printed a story asserting that a celebrity charged fees to attend events. This claim was questionable, but the headline was considerably worse—it read “Peaches: Spend night with me for £5k,” implying that the celebrity in question was a prostitute. She sued for libel.

As bad as the title of an article might be, we generally expect the actual text to be the writer’s work. We assume that any edits are minor, perhaps for accuracy. After all, no major news site would intentionally alter content to turn the author into a hate figure, would they?

Sorry, we meant that’s exactly what they’d do. In 2010, the Daily Mail bought a piece from a severely ill, housebound freelancer about how writing had saved her self-esteem and given her the confidence to reject welfare. The Mail rewrote the piece as “Middle Class and Hooked on Benefits,” removed all mentions of her illness, and made her sound like she was addicted to the government teat.

In another case, they interviewed a woman about starting a business in the countryside. They spun it into an article about women fleeing the city “in a quest for rural romance,” featuring entirely made-up quotes painting her as an adulteress.

These are far from the only examples. Editors will routinely make a writer’s opinions more extreme or remove shades of nuance to get those all-important outraged clicks. 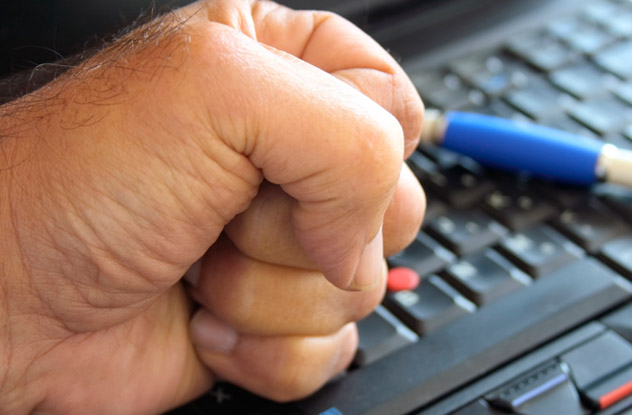 In a comprehensive survey of UK news outlets, the Press Gazette uncovered an extreme culture of bullying. Rather than encouraging teamwork, editors forced reporters to steal one another’s stories. Female journalists reported that their promotion prospects were frequently tied to whether they’d have sex with their boss. One in five women reporters had been physically assaulted by their colleagues.

When the National Union of Journalists published the full results of the survey, they found that over 70 percent of all respondents on national papers had been bullied. On local papers, the figure was nearly 100 percent. 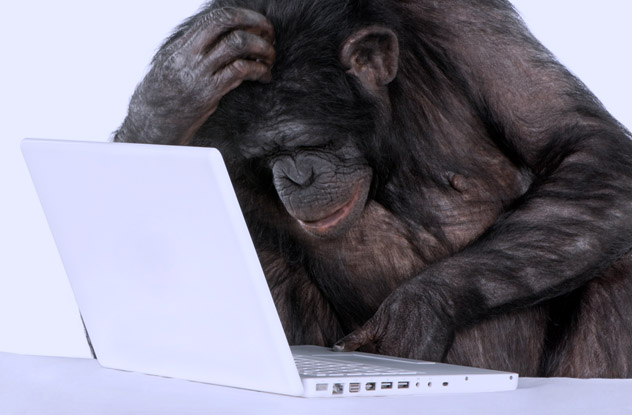 Ever turned to the Internet for advice on your finances, career, or your love life? Whoever wrote the article probably had even less knowledge than you do.

Across the web, a staggering number of specialist columns are cheaply written by people who know nothing on the subject. The website Textbroker, for example, will commission content for your website for 1.3 cents a word. And by “commission,” we mean they turn your order into an assignment and throw it open to their in-house writers, who fight to claim it and write it up as quickly as possible. The articles run around only 500 words, and the company pays all but their top writers just around a cent a word, so if writers want to make any money at all, they have little time for thorough research. The most valuable skill for writers in such a position is to make their ignorance sound like knowledge.

The result: an Internet awash with useless advice. Content mills such as eHow, according to contributors themselves, have a tradition of publishing incorrect information from freelancers who care little about the content. Even today, with content farms on the way out, most short-form articles you’ll find are being written by people with zero interest in the subject. Never take advice from an unsourced or anonymous article on the Internet. 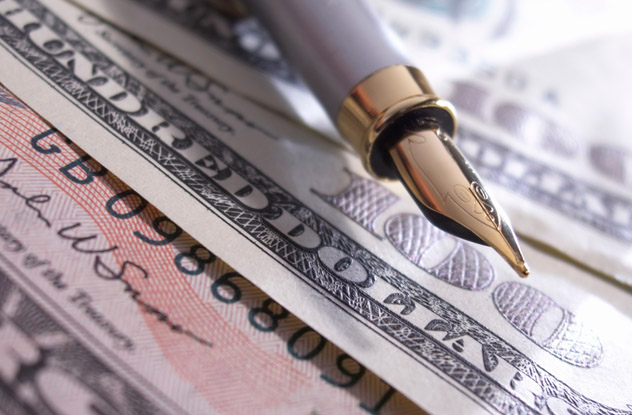 Of course, not every writer starts out at a content farm or low-paying website. Some graduate with top-quality journalism degrees and a burning passion to be the next Bob Woodward or Carl Bernstein. But unless they’ve got the connections, they won’t likely hit the big time.

Journalism, like so many other industries, is built on contacts. Frequently, those contacts are Mom and Dad. Wealthy parents often parachute their kids into comfy internships, while talented graduates with no connections are left out in the cold.

Yet even if these unlucky saps manage to land a placement, they may not be able to get anywhere. An internship takes so much unpaid, full-time work that only the most privileged can afford to keep it up for more than a month or two. The result is an increasing number of journalists who all come from the same backgrounds, creating an echo chamber where you’ll never hear an alternative voice.

In the UK, things have gotten so bad that a government study concluded that journalism was the third-most socially exclusive profession, with only 10 percent of all reporters coming from a working-class background. 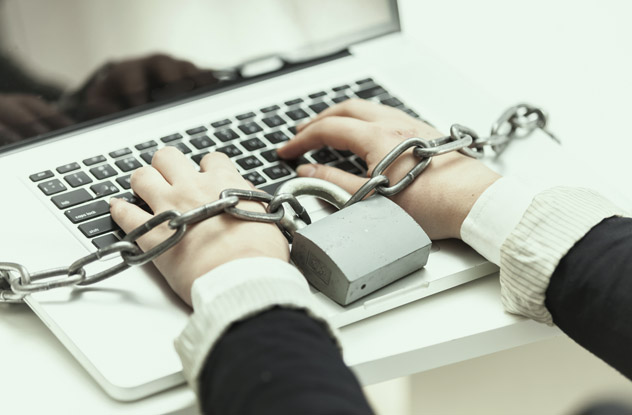 Many industries ask potential employees to do a little bit of unpaid work. (Note: This never happens when you write for Listverse.) But content writing goes a step further. Try and get in at ground level, and you may be working for free forever.

Take Bleacher Report. In just five short years, it became the third-biggest sports news site on the Internet after Yahoo and ESPN. Every day, their owners are pulling in more than one million unique visitors, generating tens of millions of dollars a year. Yet they pay their writers squat. Not a penny.

Instead, prospective sports journalists earn “points.” Earn 12,000 and you get promoted to “featured columnist” and still earn nothing. You then have to earn an additional 14,000 points before they’ll even consider granting you an interview. Writing five full articles a week will earn you 50 points.

In short, their business model is a gigantic middle finger in the face of journalism. Yet it’s so successful others follow it, too. WhatCulture offers fixed rates to some writers, but it otherwise pays according to clicks, which can work out very well for a writer or extremely poorly. The Huffington Post, meanwhile, pays so little that the Los Angeles Times once compared it to “a galley rowed by slaves and commanded by pirates.”

It’s not just the writers who suffer in this scenario. By linking payment to views and productivity, websites ensure that their columnists try to crank out the most controversial articles in the fastest possible time. The result is an Internet overflowing with junk, while real, competent writers are priced out of the market.

Writers often don’t choose their topics. Much of writing consists of sticking to a tight editorial vision that may be the exact opposite of what you believe.

This doesn’t just apply to journalists and columnists, either. For example, Hollywood screenwriters rarely get to choose what they write about. Instead, marketers meet to toss around ideas, liaise with a producer, and finally send the writer a pile of notes. Even people like Joss Whedon have to put up with this. Marketers forced the writers of another big franchise, Indiana Jones, to insert Shia Labeouf’s character to appeal to kids, thus making an already awful film even worse.

Crawl down the writing ladder, and you’re even less likely to be doing things your way. Instead, you may find yourself sacrificing your time and sanity to write up a story you have zero interest in. 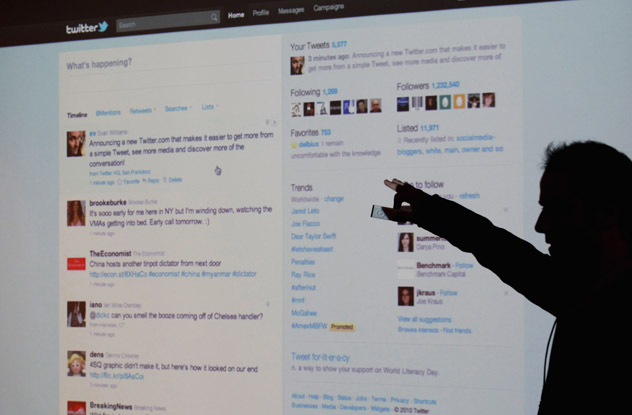 Whether you find yourself writing for a national newspaper or a popular tech site, you’re guaranteed to face some insults. In some ways, it goes with the territory. But not all abuse is equal. If you’re a female journalist, expect to be deluged with messages calling for you to be raped, dismembered, and killed.

Although studies have suggested that male public figures suffer worse online abuse than female public figures in general, female writers get more hate on Twitter than male counterparts. In fact, journalism is the only field where women receive more abuse on Twitter than men. Race is also a factor, with Jewish and ethnic minority writers routinely being stalked, harassed, and threatened.

The obvious answer is to simply write your articles and pretend that social media doesn’t exist. But modern writing requires a social media presence. It’s how you translate that blog into a book deal.

1. Everyone Thinks They Can Do It 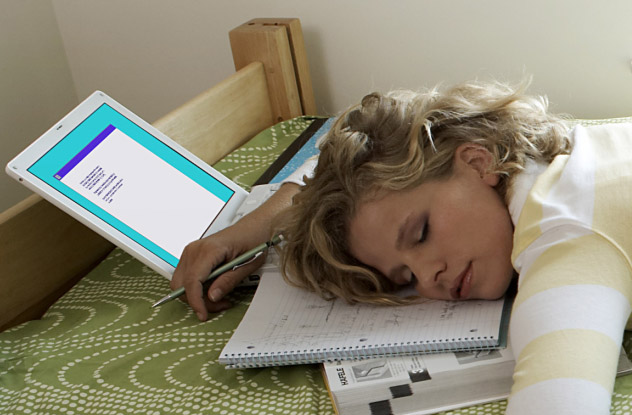 Go to any large site and select any random article. Commenters underneath will moan about how they could do better. Perhaps some of them could. But most have never tried. When you actually put pen to paper, you realize that writing—even if it’s an unpaid column for Bleacher Report—is hard.

Here at Listverse, a typical article takes writers a number of hours to produce, not counting time for editing. At somewhere like Cracked.com, it takes even longer. By the time you work your way up to the New York Times, you could be spending weeks writing up a single story. At the same time, you’re calling on years of experience and practice to involve the reader and make them want to keep on reading.

Writing a good article is as difficult and rewarding as building your own furniture. Unfortunately, it’s often less impressive. On a resume, “freelance writer” may be code for “sits at home eating cheese puffs with no pants on.” To family and friends, it means, “They get up at 11:00 AM while I do a real job.”

That said, if you want to chase that dream of being a writer, click here and we can help you get started. Even if you have no experience or connections, we’ll pay you $100 for your original, quality work on a topic of your choosing.